Toward Independence and the Vision of an ADA - Part 6

Dr. Farbman Comes into the Picture 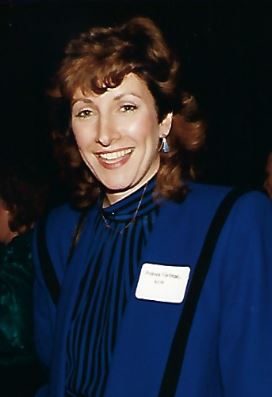 To satisfy the need for financial support for the recommendations the Council was considering, I began searching high and low for cost/benefits data showing what various initiatives might cost and what fiscal benefits they might engender for the nation. It happened that I had recently met Dr. Andi Farbman, who, at the time, was serving as an Expert Consultant and directing a recreation accessibility project for the Access Board. Dr. Farbman, who would come to play important roles for the Council and in the promotion of the ADA proposal, had recently done a stint in Britain, where she developed and taught university courses on recreation accessibility and other disability-related topics and served as the Deputy Director of the British Sports Association for the Disabled. Prior to living overseas, Dr. Farbman had taught therapeutic recreation and administered federal grants at the George Washington University. I met Andi through Council Fellow Laura Rauscher who, since coming to the Council, had become a respected colleague and close friend of mine. Toward the end of September, Laura was moving to a different apartment in the same building in which she had been staying since coming to DC. She asked if I would help her move. When I arrived at her place, early on a Sunday morning, I found that she had also asked another of her friends to help, and she introduced me to Andi. As we helped move Laura’s stuff down the hallway, Andi and I engaged in some playful banter, and I found her to be interesting and attractive. We talked some about what each of us was doing professionally. It happened that she had cited my casebook in her dissertation some years before, and she complimented me on it. I was interested in her work at the Access Board, and the recreation accessibility project she was directing. When Andi told me that, due to limited space at the Board, her temporary “office” was a desk in the agency’s library, I realized that that facility was a repository of various documents that might be very helpful to me in my work on the report as was Andi’s knowledge of the research. Laura and Andi had plans to go together that evening to a concert at the DAR Constitution Hall by a performer named Holly Near, with whom I was unfamiliar, and they asked if I wanted to join them; I decided I would. After we had completed Laura’s move, I drove to Baltimore and took my three daughters (Dorney, Molly, and Gigi) hiking at Oregon Ridge, a great park just north of the city, and then drove back to DC for the concert. As I entered the auditorium, I was surprised to see that nearly all the people in the audience were women. Laura and Andi had not mentioned that Holly Near was a lesbian singer and had a big lesbian following, but I soon gathered that that was the case. I sat down next to Andi with Laura on the other side. I very much enjoyed the performance which was amenable to my acoustic (folk) music taste, and became an instant Holly Near fan. During the concert, I gradually became aware that my interest in Andi could possibly go beyond the purely professional (i.e., it was not just professional and might not be totally pure either). When she turned to talk to me, Andi was very vivacious, engaging, and, I thought, maybe a bit flirtatious. But then I noticed that, when she turned to talk to Laura, Andi seemed to be very vivacious, engaging, and maybe a bit flirtatious. I did not have any firm handle on the sexual orientation of the two women, and, given the predominantly lesbian make-up of the audience, I was quite confused about where I fit into the picture. After the concert, I got Andi to go for a drink, and I thought, but was far from certain, that there was a spark between Andi and me.

Not letting any grass grow under my feet as to my work and social agendas regarding Dr. Farbman, early in the next week I phoned her and arranged to visit her office. When I got there, I told her what I was looking for in terms of documentation of benefits and costs of the recommendations we were considering for the report, and learned that, because recreation accessibility initiatives were often attacked as not worth the expense, she had made it a point to familiarize herself with analyses of costs of accessibility and accommodations. In particular, she was conversant with studies documenting that the costs of making new facilities and equipment accessible is quite low, if incorporated at the initial design and construction stages.

She soon pointed me toward several very helpful studies and government reports. Some of these provided data about the relative expenses of keeping people with disabilities in nonproductive, dependent situations in general versus the costs of services and programs to enable them to be productive and independent. More specific were documents discussing costs and benefits in particular issue areas; I was able to find useful figures about the expenses entailed by making public transportation accessible and the economic gains that would result – data that would shore up the recommendations in Laura’s Transportation paper. And I found solid support for the contentions I wanted to include in the Housing paper that efforts to promote appropriate housing for individuals with disabilities make economic as well as humanitarian sense. The substantiating data included numbers of people with disabilities confined in institutionalized settings (more than a million and a half), at a cost of between $30,000 and $110,000 per person per year, contrasted with expenditures of roughly $7,100 per year for a Section 8 certificate (low-income housing rental assistance) in a Section 202 project (construction and renovation loan program,); and studies showing that the net benefits of the elimination of architectural barriers in residential and other buildings far outweigh the costs it entails. An overall theme was that expenditures for making new buildings, facilities, vehicles, and equipment accessible for people with disabilities is usually very small, nearly negligible, if accessibility is planned, designed for, and integrated from the get-go.

The official purpose of my trip to Andi’s office was fulfilled beyond my expectations by the very useful documents and data she found for me to substantiate the economic feasibility and advantageousness of the recommendations we were considering. I decided to push my luck by asking Andi if I could take her to lunch, and suggested a day. It had become my practice to ask women I had not been out with before to join me for lunch. This left the nature of the engagement – a date or a low-key business meal? – hazy, and took some of the pressure off of the initial get-acquainted encounter. Andi said, “No, I’m busy then.” I responded by suggesting lunch on a different day. She replied that she was not free that day either. I suggested a third day and got the same rebuff. After a fourth round of this interchange, and starting to face the probability that the problem was not the day but the idea of going out with me, I took a desperate shot and upped the ante by asking her to go to dinner with me. Much to my surprise, she answered, “Yes.”

Continue on to Part 7: Themes and Potential Titles of the Report